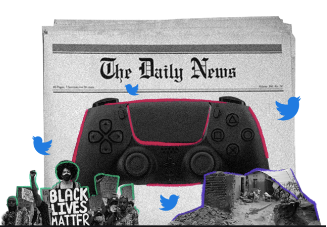 One Plus One Equals Three: Edition Thirteen 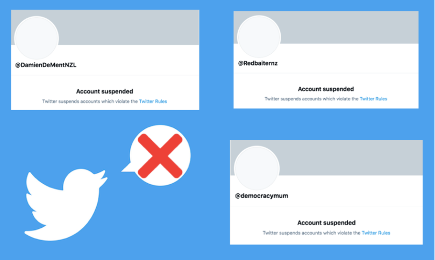 The fallout of the US Capitol riots and Donald Trump’s ban from Twitter has been felt here at home – Twitter has also suspended the accounts of many New Zealand-based right-wing Twitter users, including Damien De Ment’s (prominent NZ-based Trump supporter) and Vinny Eastwood’s (conspiracy theorist affiliated with the Advance New Zealand Party). But does this go against the right to freedom of speech? Thomas Beagle, chairperson for the NZ Council for Civil Liberties, says it’s complicated both legally and politically. He said, “While it’s tempting to say Twitter and Facebook are private businesses and can do whatever they like, we need to recognise that their near monopoly status as the places where political issues are discussed also gives them some responsibilities to freedom of expression.”

This question about freedom of speech was also brought up after Parler, a social media site favoured by right-wing extremists, was taken off the Amazon Web Service, and Apple and Google’s app stores after the Capitol riots. While we think it was the right decision to take Parler off the app stores, it’s becoming increasingly clear (and worrying) that these big tech corporations are starting to have the ultimate control over who says what, and where. 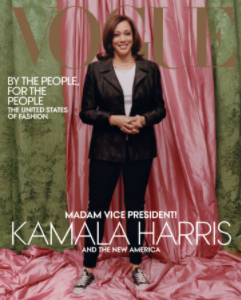 As if there wasn’t already enough controversy in the US lately, Vogue magazine has come under fire for its February issue cover of Vice-President Kamala Harris, due to the cover photo’s “lack of care and attention to the power and significance of Harris’ rise.” Even in the digital age we’re living in now, Vogue’s print version of the magazine has maintained its influence and readership. Critics of the cover (which include some members of the One Plus One team) have called it a disappointment and say it doesn’t reflect the same kind of authority she captured during the Presidential campaign.

Good news for SMEs – the opportunity to advertise on big news sites is now within reach. Stuff has launched Stuff Ads, an advertising platform designed to break the barriers small and medium businesses typically face when considering advertising, such as the need for a big budget. As a SME ourselves, we think it’s a great chance for local Kiwi businesses to get out there and promote their services.

Speaking about ads, job advertising website Seek has reported that there was a 19% growth in jobs at the end of last year, and the amount of job postings is nearly back to the pre-Covid-19 level. This bounce-back is thanks to us Kiwis banding together to contain the virus so that we could hopefully resume a more ‘normal’ life and save what jobs we could. 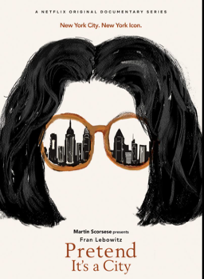 Here at One Plus One, we’ve loved the new Netflix documentary series ‘Pretend it’s a City’ featuring Fran Lebowitz. For those who haven’t seen it, this Martin Scorsese produced biopic is a simple series of episodes featuring Lebowitz, a public intellectual and (part time) author. She waxes lyrically about issues she finds fascinating, which is mainly anything and everything to do with life in New York. For more of her musings, and a brilliant example of how to write simply and succinctly, check out this short piece in the New Yorker.